Over 85 Years of Audio Innovation 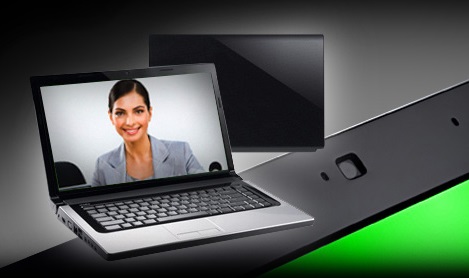 Andrea Electronics is a pioneer of digital array microphones and noise reduction software.
Andrea is an industry leader of digital microphone product solutions that optimize the performance of voice driven applications such as: Automatic Speech Recognition (ASR), Voice over Internet Protocol (VoIP), In-Car Computing and Mobile Audio/Video Recording among others.

We possess both the technological and engineering capability to deliver truly innovative audio input solutions at cost-competitive prices. We can embed, scale or customize our unique Patented Microphone Technologies for various software and hardware platforms. In addition, we also provide over 20 years of embedded microphone acoustics know-how.

Commitments to research and development have enabled Andrea Electronics to carve a niche in a converging computing and communications marketplace. As a result, the Company has built a leadership position as a provider of front-end digital audio input solutions for OEMs.

End users enjoy our voice enhancements and the fact that our products increase the intelligibility of communicating or using voice control while in real world noisy environments. As well as providing state-of-the-art digital array microphones and noise reduction software, we pride ourselves on also delivering the highest level of technical customer service.

For over 85 years, Andrea Electronics Corporation has been a pioneer of audio innovations that enhance the enjoyment, intelligibility and user experience of our products. Our past array of products are showcased in the Henry Ford Museum and Smithsonian National Museum of American History. Our products have been used in the consumer, commercial and military markets.

The Andrea Radio Corporation was originally founded by Frank A.D. Andrea Sr. in 1934 and was a leader in radio production in the 1930’s and displayed one of the first television sets at the 1939 World Fair. The Company was known for producing the “Cadillac of Televisions” in the 1950’s and flew into space providing the audio intercom system for the Mercury space capsules in the early 1960’s. Andrea became a public corporation in 1961 and is now trading under the symbol ANDR. In the 1970’s and 1980’s, Andrea Electronics was a premier supplier of high performance avionic audio intercom equipment for aerospace manufacturers such as Boeing, Lockheed, General Dynamics, Rockwell Collins, Sikorsky, and Bell Helicopter.

Since its inception, the Company has gone through a remarkable evolution as an audio technology leader, meeting the ever-changing needs of a demanding electronics marketplace. Utilizing its experience in developing audio intercom systems for high noise aircraft environments, the Company formed an active noise cancellation division in 1990 and changed its name from Andrea Radio to Andrea Electronics Corporation to better reflect its new strategic direction. The Company successfully transformed itself from a manufacturer of industrial and military intercommunication systems to become a supplier of revolutionary digital audio noise reduction technologies, incorporating new patented software and Array Microphone systems to enable natural language interfaces and enhance the performance of new voice driven applications.

Over the past 20 years, Andrea has pioneered high fidelity computer headsets, USB audio adapters, Digital Signal Processing (DSP) array microphone technologies and noise reduction algorithms for enabling the use of Automatic Speech Recognition (ASR) software. These innovative products enabled Andrea Electronics to carve a niche in a converging computing and speech recognition marketplace. Andrea introduced the first commercially available digital array microphone in 1998 for use with the Clarion Auto PC and Windows CE command and control speech recognition user interface. The Company’s proprietary computer audio input; Beam forming, Noise Reduction and full duplex Acoustic Echo Cancellation software gained widespread adoption throughout the 2000’s and shipped in over 600 million PC’s produced by industry leaders such as IBM, HP, Dell, Asus and was endorsed by Microsoft and Intel among others.

The Company continues to advance its digital audio input capabilities, intellectual property and the development of advanced noise cancellation microphone technologies. Its core competency in the DSP audio domain is focused on enhancing the sound quality and performance of microphone configurations for new emerging applications such as Artificial Intelligence (AI), personal digital assistants, robotics and connected devices/Internet of Things (IoT).

Learn More About Frank A.D. Andrea and the Story of Andrea Electronics

“Frank A.D. Andrea: An Immigrant’s Tale Of Success With A Long Island Connection”

Learn More About the History of Andrea Electronics

The American Weekly: Two Fortunes for the Immigrant Boy